Round 3 of RPP was designated as the mobile game round. My team decided to take the simple yet aesthetically pleasing route and made a 2D falling stacker game called Totem Tower. Gameplay entails players memorizing a totem "pattern" given to them and using a gyro mechanic to tilt the phone and catch falling totem pieces, seeing how high they can make their pole before it topples over.

There are two aspects to this game that make it unique, however, the first being the inherit educational merit. Players are briefed on the meaning of each totem before gameplay begins and must understand that different orders of totems mean different things. For example, players are to avoid the falling "crow" piece because according to native Alaskan lore, the crow symbolized a deceptive trickster. Players would find that their entire totem would be deleted should they catch the crow piece. The second aspect of this game that makes it unique is the theme. I decided to take the art in a more mature and relaxing direction which is not often found in mobile games.

Some of my artwork for the game can be seen below. 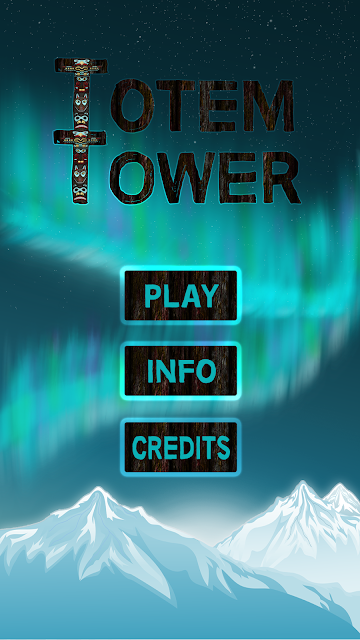 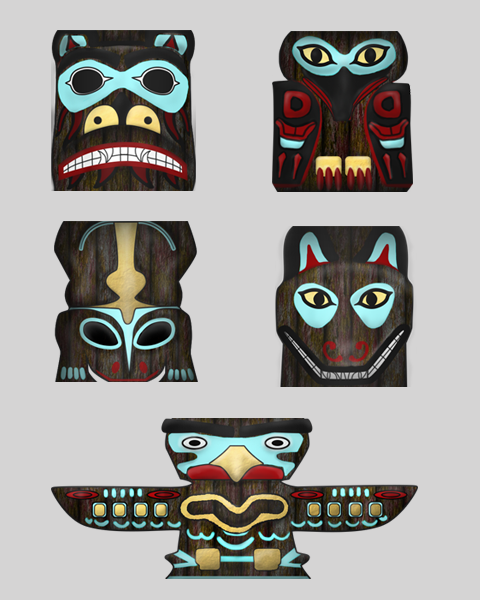